The arrival of Jewish Children in England 1938

Arrival of the first “Kindertransport” of German Jewish children in Harwich on December 2, 1938. The English government had granted permission for adolescents between the ages of five and 17 to enter the country. 200 German-Jewish children were able to travel on this first transport by ship “Prague” via Hoek van Holland to England. 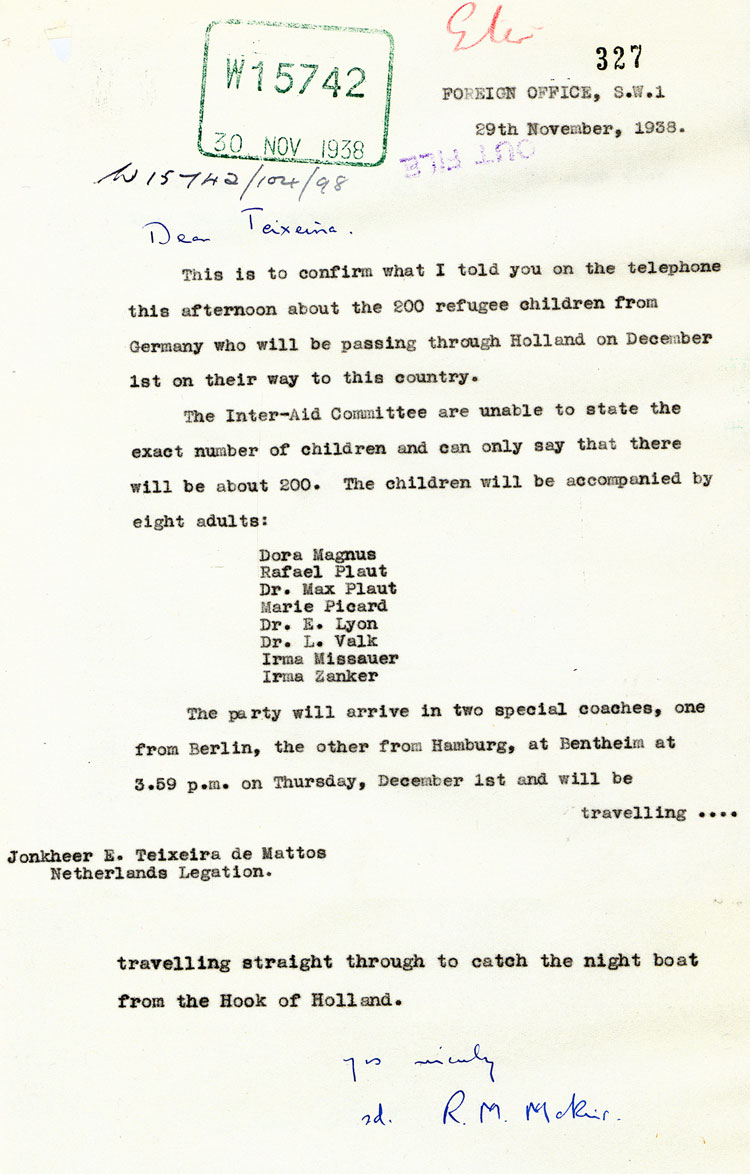 The Times writes about the children the day after their arrival: “About half of them come from an orphanage in Berlin that was burned down, the others come from the Hamburg area. Most of the children received notice only 24 hours before departure and were only allowed to bring one Reichsmark and two bags.”

The footage was shot by a Time cameraman. It shows the arrival of the ship and the transport of the children to the Docvercourt holiday home. The children were received by caregivers and assigned to their foster families with great sympathy from the British population and the media. The USHMM has compiled more background material in the Holocaust Encyclopedia.

The document below announces the first transport on 2 December. Dr Max Plaut is mentioned as one of the companions of the transport. Plaut was managing director of the Jewish Community Association Hamburg. His work made it possible for thousands of Jews to escape from Germany. He himself also survived the Nazi era and was able to leave for Palestine during the war.

Further documents have been published by the British National Archives. During the 9 months that the programme lasted until the beginning of the war in 1939, 10,000 Jewish children were allowed to enter Great Britain. One of the transports also saved the children of the Leonore Goldschmidt School in Berlin.

A comprehensive account of the history of child transport can be found in issue 2 2010 of the Budrich Journal.

We have scanned the footage on HD and can license it for use in TV and other media.